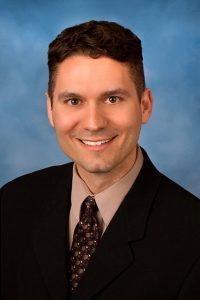 Dr. Anthony Marcotte, a Chicago native, earned his Bachelor of Science degree, double majoring in Bioengineering and Chemistry from University of Illinois – Urbana, in 1999. He then attended medical school at Midwestern University – Chicago College of Osteopathic Medicine in Downer’s Grove, Illinois, where he earned his Doctor of Osteopathic Medicine degree in 2003 as class Salutatorian.

From 2003 to 2008, Dr. Marcotte completed his Internship and Orthopedic Residency programs at Grandview Hospital and Medical Center, Ohio University, in Dayton, Ohio. He was nationally honored with the Merck Outstanding Resident of the Year Award during his chief year. Dr. Marcotte fulfilled three resident externships in hand surgery at Indiana Hand Center in Indianapolis; Philadelphia Hand Center in Philadelphia; and Hand Surgery Specialists in Cincinnati, Ohio.

He subsequently finished a fellowship in hand surgery at Massachusetts General Hospital, Harvard Medical School in Boston in 2009.

Dr. Marcotte specializes in the evaluation and treatment of the hand, wrist, forearm, elbow, and shoulder, and microvascular reconstruction. Conditions treated include trauma, arthritis, sports injuries, carpal tunnel syndrome, fractures and cysts, as well as peripheral nerve and vascular disorders. He is trained in arthroscopy, microsurgical, vascular, reconstructive, and small joint replacement surgery, including minimally invasive endoscopic carpal tunnel release. He is one of few hand surgeons in the state who regularly performs needle aponeurotomy for Dupuytren’s contracture.

He is an assistant clinical professor and educates medical students, residents, and fellows through USF and Nova Southeastern University.

He has published many peer-reviewed papers and book chapters, and delivered lectures on local and national levels. Dr. Marcotte is a member of several professional societies, including the American Osteopathic Academy of Orthopedics (AOAO), American Osteopathic Association, American Academy of Orthopaedic Surgeons, and American Society for Surgery of the Hand. He is currently the president of the Hand section of the AOAO.

Dr. Marcotte is board certified with the National Board of Osteopathic Medical Examiners and with the American Osteopathic Board of Orthopedic Surgery with a certificate of added qualifications (CAQ) in hand and upper extremity surgery.

When not in the office, Dr. Marcotte can be found fishing or spending time with his wife and three children.